What you should know about Tribal Courts 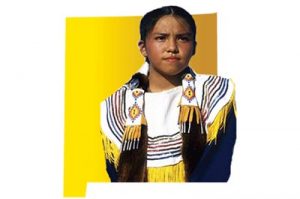 The Tribes have a unique legal and political status as sovereign nations within the United States, as provided by the US Constitution, treaties, Court decisions and Federal statutes.  When granted this unique status, the Tribes are acknowledged by the Federal government to have the immunities and privileges available to other states and nations by virtue of their government-to-government relationship with the US, as well as certain responsibilities, powers, limitations and obligations.
FEDERALLY RECOGNIZED TRIBES . . .
The Bureau of Indian Affairs (BIA) in January, 2014, listed 566 Indian entities as “federally recognized Tribes.”  For the most current list of federally designated Tribes, please check the BIA website or use this link:  2014 List of Federally Designated Tribes.
It is important to note that within the states, many other Tribes have not achieved Federal recognition, although individual States may recognize those within their boundaries.  All 23 Tribes and Pueblos in New Mexico are federally recognized.  In addition, the Ute Mountain Ute Tribe’s reservation also extends into northwestern New Mexico, although its main office is located in Towaoc, Colorado.  The Native population in New Mexico represented 10.1% of the State’s total according to the US Census Bureau count in 2010, with 210,538 Tribal members residing in the State.
INDIAN LAW . . .
Over many generations, the Tribes have developed methods for governing their own communities; but they are also governed by US laws and treaties.  As a result, the practice of Indian Law can be very complicated.  The American Bar Association (ABA) provides a brief introduction to Indian Law for those who may want to know more.  The Felix Cohen Handbook is often considered the primary resource for understanding Federal Indian Law.  It’s available through booksellers, and frequently updated as new laws and opinions are published, with the most recent version completed in 2012.  Moreover, Federal Judge William C. Canby wrote American Indian Law in a Nutshell, its 5th edition published by West Nutshell Series in 2009, and available through booksellers.  A brief 2008 bulletin provides an overview on how to research Indian law cases.
TYPES OF TRIBAL JUDICIAL SYSTEMS . . .
To help oversee their members, each of the nineteen Pueblos and four Tribes listed below has developed its own judicial system and distinct approach to justice.
Some are more traditional, following their own laws, customs and traditions, and conflicts are settled by the Governor or other Tribal leaders.
Others are administered by Courts that are more contemporary, with judges presiding over cases and applying the Tribe’s written constitution, codes, and   treaties.
Still others may combine the two approaches, where some cases – for example, enrollment with the Tribe – are settled by Tribal leadership, while others – such as child custody – are decided by a Tribal Court judge.
TRIBAL COURTS’ JURISDICTION . . .
Primarily, Tribal courts oversee cases involving Tribal members.  But the jurisdictional scheme for cases in Indian Country is complex.  Cases involving conflicts or crimes may be considered in Tribal Courts, Federal Courts – possibly even State Courts – depending on the circumstances.
APPEARING IN TRIBAL COURT . . .
Tribal Courts may use juries, prosecutors, defense counsel or other individuals to assist in a case.  People often appear without an attorney.  If there is an attorney, that person may be required to meet certain standards established by the Tribe to be able to address the Tribal Court.  For example, the Navajo Nation has its own bar exam to qualify attorneys, while others may require usage of the Native language only.
TRIBAL COURTS’ SENTENCING AUTHORITY . . .
The sentencing authority of the Tribal Courts relies on the Tribe’s own laws, customs and traditions, which may turn first to restorative justice or restitution as used in peacemaking and wellness courts to assist in healing the victim and others who may be affected by the defendant’s deeds and behavior.  It should also be noted that sentencing authority has been limited by the US Congress, permitting a maximum of one-year imprisonment, fine up to $5,000, or both.  However, multiple sentences may be required to be served separately, increasing detention time.  The Tribal Law and Order Act of 2010 would permit Tribal Courts to deliver tougher penalties, if the Tribe adopts certain due-process protections.