The Tribal Court representatives are designated by the Tribal Judges, with two members coming from the Southern Pueblos, two from the Northern Pueblos, one each from the Jicarilla Apache Tribe and the Navajo Nation, and one general position.

All members hold 3-year terms and may be reappointed for additional terms. See below for the Order from the Supreme Court regarding these appointments and the official Tribal-State Judicial Consortium roster:

Court: Acoma Pueblo Tribal Court
Address: P.O. Box 347, Acoma Pueblo, NM 87034
Phone: 505-552-7500
Biography: Judge Randolph Collins holds a BA from Georgetown University and taught high school mathematics after college. He also an MA from the University of Chicago, and graduated with honors from Georgetown University Law School. After law school he served as a judicial law clerk for a federal judge, Hon. Edwards S. Northrop, in US District Court in Maryland. Subsequently, he practiced as a litigator in private firms in Baltimore and Washington D.C. His practice included complex civil litigation, particularly in the areas of employment, contracts, commercial and insurance law. In addition, Judge Collins worked on policy for the U.S. Senate Judiciary Committee, the Governor of Maryland, and Lt. Governor of Virginia. In New Mexico, Judge Collins served as Deputy District Attorney for 5 years managing the Cibola County DA’s office, prosecuting and trying a full range of felony cases, and later started his own legal practice. Judge Collins is a member of the bar in New Mexico, Maryland and Washington D.C.
Groups: Tribal Members

Biography: Judge Davis is a graduate of the University of New Mexico School of Law (1982) and is a district court judge in Sandoval County, which is part of the the Thirteenth Judicial District. He presides over all domestic matters, all abuse and neglect cases, as well as all probates and lower court appeals. He was appointed to the bench in 2006 after serving as the Court’s Special Commissioner for Domestic Violence and Domestic Relations Hearing Officer for three years.

Found within the geographic limits of the Thirteenth Judicial District is a portion of the Navajo Nation and numerous pueblos, with five pueblos located within 20 miles of the District Court in Bernalillo, New Mexico. As such, Judge Davis routinely hears cases in which ICWA and State/Tribal jurisdictional concerns are at the forefront. He is a former member of the Board of Directors of Greater Albuquerque Habitat for Humanity and a mentor with Big Brothers/Big Sisters. 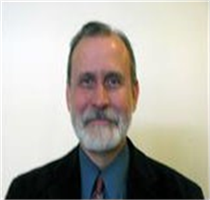 Judge Parnall was appointed to the Children’s Court Division of the 2nd Judicial District Court in 2007 after 27 years as a trial lawyer in State and Federal District Courts and the Federal Court of Appeals where he handled criminal defense, children’s court cases, abuse and neglect defense, and counsel for parties in domestic relations and Guardian ad Litem cases. He also taught advance criminal procedure at UNM and the CSLA Peruvian Administration of Justice Training Program. He was a member of the NM Criminal Defense Lawyers Association, as past President among other official roles, and is a member of the National Council of Juvenile and Family Court Judges.

Address: P.O. Box 194, Laguna, NM 87120
Phone: 505-552-1900
Biography: Judge Bruce Fox received his B.A. from the University of Connecticut and his J.D. from the Western New England University. He then left the suburbs of Connecticut and moved to Window Rock, Arizona, where he worked for DNA Peoples Legal Services on the Navajo Nation. He also worked for many years at the NM Public Defender Department in Farmington and Albuquerque, where he specialized in mental health issues. And in between he spent some time in private practice. His most recent positions have been with the Pueblo of Laguna Healing to Wellness Court, a criminal diversion program which encourages alcaholics and drug addicts to leave behind their lives of addiction and crime. During his career Judge Fox has served on the New Mexico Supreme Court Criminal Uniform Jury Instruction Committee, and has been on the boards of the New Mexico Criminal Defense Lawyers Association, and the Family Crisis Center in Farmington.
Groups: Tribal Members

Biography:  Judge William Bluehouse Johnson sits as judge at the Pueblo of Acoma and is a member of the Pueblo of Isleta with roots in Navajo, Laguna and Hopi as well. He holds a J.D. from the University of New Mexico (UNM) School of Law and is licensed to practice law with the Federal bar, 10th Circuit. His prior experience includes working as a facilitator for Domestic Violence education classes at the Pueblo of Jemez, 3 years as staff attorney with Indian Pueblo Legal Services, prosecutor with the Pueblo of Zuni and the Yavapai-Apache Nation, Associate Judge with the Pueblos of Isleta, Laguna, Acoma, Santa Ana and Cochiti.

Biography: Judge Geoffrey Tager obtained a BA in Urban Studies from Lehigh University. After college, he managed a downtown revitalization program for Fort Dodge, Iowa and received a Main Street Iowa Achievement Award for his work in the community. He earned his JD from SUNY Buffalo, where he received the Lee Lyons Award for Continued Advocacy of Native American Legal Rights, and was also awarded a Public Interest Fellowship from NYU School of Law.

Upon graduation, Judge Tager moved to the Hopi Reservation where he helped to establish the Hopi Public Defenders Office. Over the course of the next twelve years, he also established a private practice on Hopi and later worked as a Deputy Prosecutor for the Tribe. He was part of a team that received the Coordinating Committee’s Cooperative Law Enforcement Award from the USAG for the District of Arizona. He served as the Tribal Judge for the Pueblo of Tesuque for four years and in 2009, he was appointed to serve as Chief Judge in Ohkay Owingeh. Judge Tager also serves as a community representative on the Rio Arriba County Drug Court team. He is a member of the Hopi and New Mexico bars.

Court: Office of the U.S. Attorney