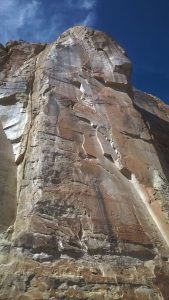 ​The Mission of the New Mexico Tribal-State Judicial Consortium is to encourage and facilitate communication and collaboration between State and Tribal Court judges on common issues, focusing on domestic violence, domestic relations, child custody, child support, child abuse and neglect, and juvenile justice and addressing questions of jurisdiction and sovereignty as they relate to each particular issue.

From this Mission Statement three goals have been set:

The Tribal-State Judicial Consortium has focused on the following areas:

Quarterly Consortium meetings offer briefings by subject matter experts who can address situations involving cross-jurisdictional issues, such as orders of protection and mental health orders of commitment. The meetings also provide an opportunity for discussion between Tribal and State Judges about current issues and case law affecting Indian Country. The Consortium also promotes relationships and communications to help Tribal and State Courts learn more about the challenges they each encounter and begin working together to address them. In addition, there are training opportunities provided. The meetings alternate between State and Tribal locations so that our members can also visit and learn about each other’s courts and programs.

Growing out of a subcommittee from the Court Improvement Project on child welfare, the Consortium was formally recognized by the New Mexico Supreme Court as one of its advisory committees in 2006. Seven Tribal and State Judges represent the various Pueblos, Tribes, and the Navajo Nation and all levels of New Mexico Courts on the Consortium. These fourteen members, with the assistance of three alternate members, offer a forum to help raise awareness among these Courts about legal issues affecting both court systems.

The Consortium is currently concentrating on projects involving the Indian Child Welfare Act (ICWA), full faith and credit/comity, and improving outreach and communications with the Tribal and State Courts. The National Criminal Justice Association, Tribal Law and Policy Institute, and the National American Indian Court Judges Association have recognized the Consortium for its efforts in outreach and collaboration.

In April 2015, the Consortium met for a full day to discuss the organizational history, current environment, and identify its goals for the next five years. The meeting was facilitated by Indigenous Collaboration Inc. and was sponsored by the Casey Family Programs. Radar priorities were outlined as those things that need the Consortium’s immediate attention.

These include the following:

The group was asked to consider and describe what would be in place in the year 2020 if this group of tribal judges, state judges, and allies were to effectively collaborate and have a visible impact in the policies, practices, and administering of justice in New Mexico.

The goals for each Committee were identified and timelines developed.

The Committees consisted of:

In July 2015, the Consortium traveled to Taos for the quarterly meeting. The meeting was held at the Butterfly Healing Center, a treatment facility for Native and Non-Native children. Governor Romero of Taos Pueblo and other tribal leaders attended this meeting. Donalyn Sarracino (Acoma) made a presentation on behalf of the newly formed Tribal ICWA Consortium. The committee provided reports on the work each are doing to accomplish their identified goals.

Finally, in November 2015, the Consortium met in Mescalero, NM to review the work of the committees and start the planning for 2016.

And the work continues! Please see our latest updates on our Meetings and Updates pages. 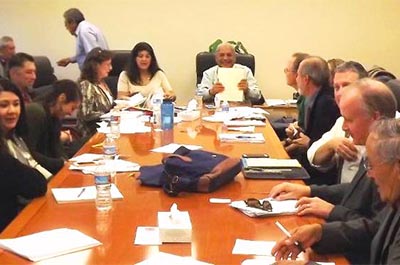