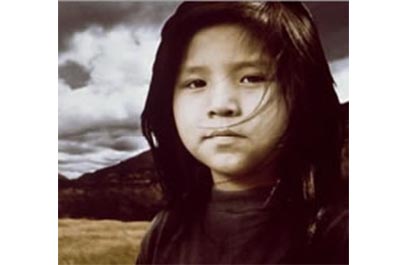 The U.S. Congress enacted the  Indian Child Welfare Act of 1978 (ICWA) in an attempt to protect and preserve the cultural integrity of Indian children and their Tribes by focusing attention on Indian children and their communities. Lawmakers found that an alarmingly high percentage of Indian families were broken up by the removal, often unwarranted, of children from their families by non-tribal public and private agencies, for placement in non-Indian foster and adoptive homes and institutions. This removal deprived the Tribes of high numbers of their young people, threatening the viability of Indian communities.

Click here for the latest guidelines and ICWA Rules updated and in effect as of December 2016.

More details on the historical trauma experienced by Tribal parents and children can be found in the new educational resource specifically for non-Tribal entities including Judges, attorneys, people involved with child welfare and others in a video produced through a collaboration among the Mississippi Courts, Child Welfare Agency, the Mississippi Band of Choctaw Indians, and various National Resource Centers.

Congress recognized that no resource is more vital to the continued existence and integrity of Indian Tribes than their children, and in 1978 declared a new national policy of protecting the best interests of Indian children and promoting the stability and security of Indian tribes and families.

Congress established higher standards for ICWA cases compared to other child welfare cases, requiring notice to Tribes and families, creating rights for parents to have an attorney, examine reports, intervene and request transfer of the case to Tribal Court. In determining the best interests of the Indian child, the Court must take into consideration the prevailing social and cultural standards of the Indian community of the child’s parent or extended family.

The burden of proof for a State Court to remove a child from an Indian community is enhanced in an ICWA case. For foster care proceedings, evidence must be clear and convincing, with demonstrations that “active efforts” were made, and a “qualified expert witness” testified that continued custody of the Indian child by the parent or Indian custodian is likely to result in serious emotional or physical damage. “Active efforts” means the provision of remedial services and rehabilitative programs designed to prevent the breakup of the Indian family.

Similarly, for a State Court to terminate parental rights pursuant to the requirements of State law, State authorities must prove beyond a reasonable doubt that “active efforts” were made, and a “qualified expert witness” must testify that the Indian child would experience serious emotional or physical damage if the Indian parent or Indian custodian continued to have custody.

The Tribal-State Judicial Consortium is reviewing the State’s implementation of ICWA and compliance with the law. The Consortium approved an ICWA Bench Card  in early 2016 which offers a quick review of laws, regulations and cases to help both State and Tribal Judges handling cases of Indian children. As the new revisions and Regulations have been updated and in effect as of December of 2016, our focus will be to get the bench card updated as soon as possible in 2017. Once completed, the bench card will be redistributed to the both the State and Tribal judiciaries and will be posted here.

Tell us about your experience with the NM Courts website